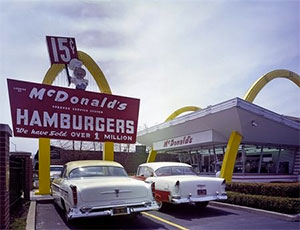 The McDonald's #1 Store Museum is housed in a replica of the former McDonald's restaurant in Des Plaines, Illinois, opened by Ray Kroc in April 1955.

It all starts with attitude. No one is a stranger for long in Des Plaines. Relative newcomers work right alongside people who have lived there their entire lives to keep the community growing and progressing . . . and all opinions are valued. Their perseverance and convictions also keep them moving forward, through good times and bad. They are connected to the town, and to each other, and that connection is evident everywhere.

Des Plaines is a city in Cook County, Illinois, United States. As of the 2010 census, the city had a population of 58,364. It is a suburb of Chicago and is just north of O'Hare International Airport. It is located on, and named for, the Des Plaines River, which runs through the city just east of its downtown area. Des Plaines is the home of the first franchised McDonald's opened by Ray Kroc in 1955, which is preserved as a museum on Lee Street, north of downtown.

It all starts with attitude. No one is a stranger for long in Des Plaines. Relative newcomers work right alongside people who have lived there their entire lives to keep the community growing and progressing

Potawatomi, Ottawa, and Ojibwe (Chippewa) Native American tribes inhabited the Des Plaines River Valley prior to Europeans' arrival. When French explorers and missionaries arrived in the 1600s, in what was then the Illinois Country of New France, they named the waterway La Rivière des Plaines (River of the Plane Tree) as they felt that trees on the river resembled the European plane tree. The first white settlers came from the eastern United States in 1833, after the Treaty of Chicago, followed by many German immigrants during the 1840s and 1850s. In the 1850s, land in the area was purchased by the Illinois and Wisconsin Land Company along a railroad line planned between Chicago and Janesville, Wisconsin. In 1852, the developers built a steam-powered mill next to the river, to cut local trees into railroad ties. Socrates Rand then bought the mill and converted it into a grist mill, which attracted local farmers. The Illinois and Wisconsin Railroad made its first stop in the area in the fall of 1854. 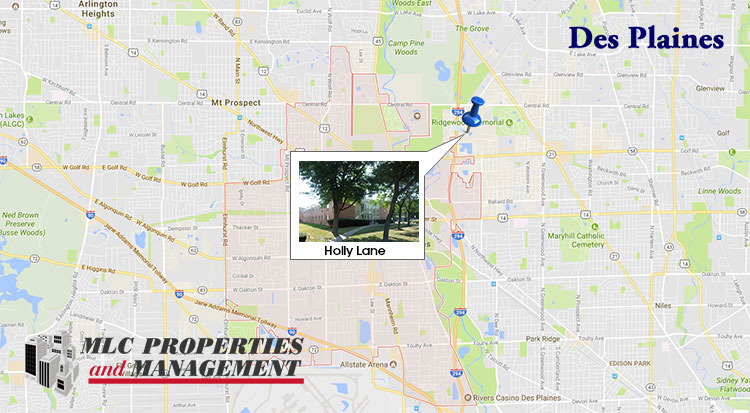 In 1857, the Chicago, St. Paul and Fond du Lac Railroad began running its route, stopping[citation needed]near the mill on the Des Plaines river, where a small business section had grown up. The railroad platted the prospective town of Rand at the site. In 1859, the Chicago and North Western Railway purchased the rail line, giving the train station the name "Des Plaines". In 1869, the Rand subdivision name was changed to Des Plaines, and the village of Des Plaines was incorporated.
Des Plaines was reincorporated in 1873 and elected a village board the following year. Local brick manufacturer Franklin Whitcomb was the first Village President.

In 1925, village residents voted to convert to a city form of government and annexed the village of Riverview to the south. Subsequent annexations included the Orchard Place area in 1956. The city experienced rapid growth after World War II and with the opening of nearby Chicago-O'Hare International Airport.

Downtown
Des Plaines offers a variety of shopping and service opportunities. For example, Metropolitan Square, a new mixed-use mini-lifestyle center, is just one block away from the City's downtown Metra station. The area features 135 condominium and loft units situated on automobile / pedestrian lanes and walkways in a main-street setting surrounded by local eateries and specialized service providers. The Square is anchored by a new 40,000-square-foot Shop and Save grocery store and includes an additional 56,000 square feet of retail space, 22,000 square feet of office space. There is a parking garage in Metropolitan Square available for commuters and customers of our downtown businesses. 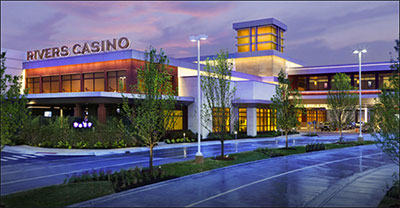 Of course, the City is home to both home grown businesses and global corporations. Our Oakton Street, Miner Street, and Lee Street corridors boast local and regional businesses that support our community, business owners, and highly-trained work force. One of our largest employers is Rivers Casino, with well over 1,400 people employed at the River Road location.

Of course, the City is home to both home grown businesses and global corporations. Our Oakton Street, Miner Street, and Lee Street corridors boast local and regional businesses that support our community, business owners, and highly-trained work force. One of our largest employers is Rivers Casino, with well over 1,400 people employed at the River Road location.

Neighborhoods
The breadth of accessible, affordable and connected neighborhoods is one of Des Plaines' greatest assets. In Des Plaines, downtown high-rise condos take the stress out of living and commuting. When cities are no longer a good fit for growing families, these single-family neighborhoods are welcoming and friendly. And when it’s important that the cost of moving up doesn’t require you to live beyond your means, Des Plaines invites you to enjoy their first class amenities and affordable way of life.

For every resident, a reasonable cost of living lets you keep more of your hard-earned money in your pocket, which means you’ll have more of it to spend on quality time with your family and friends. The strength of the local school system means your kids can get the kind of education they need to prepare them for their next move in life. And the availability of community college courses means that, no matter what your age, you’ll have the opportunity to move your skills and knowledge to the next level. 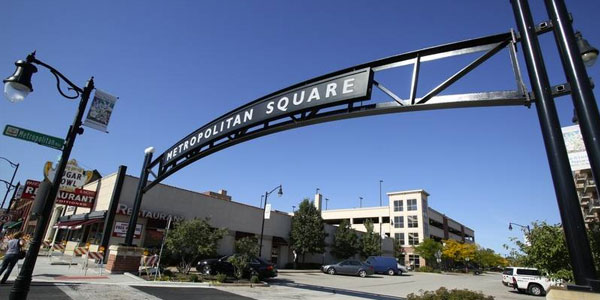 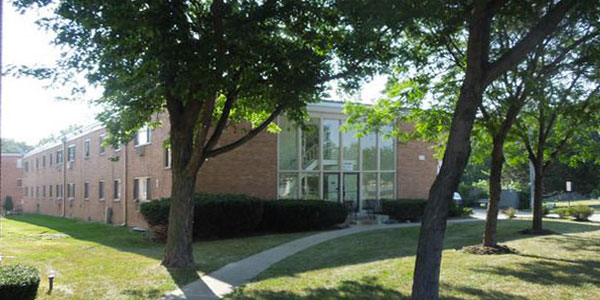 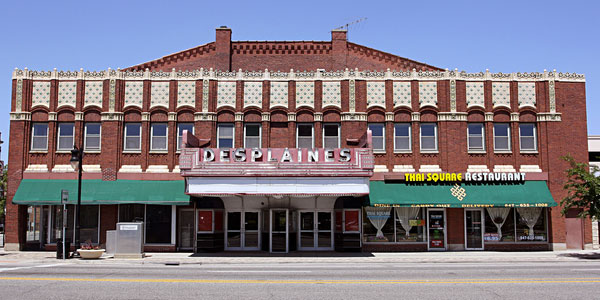